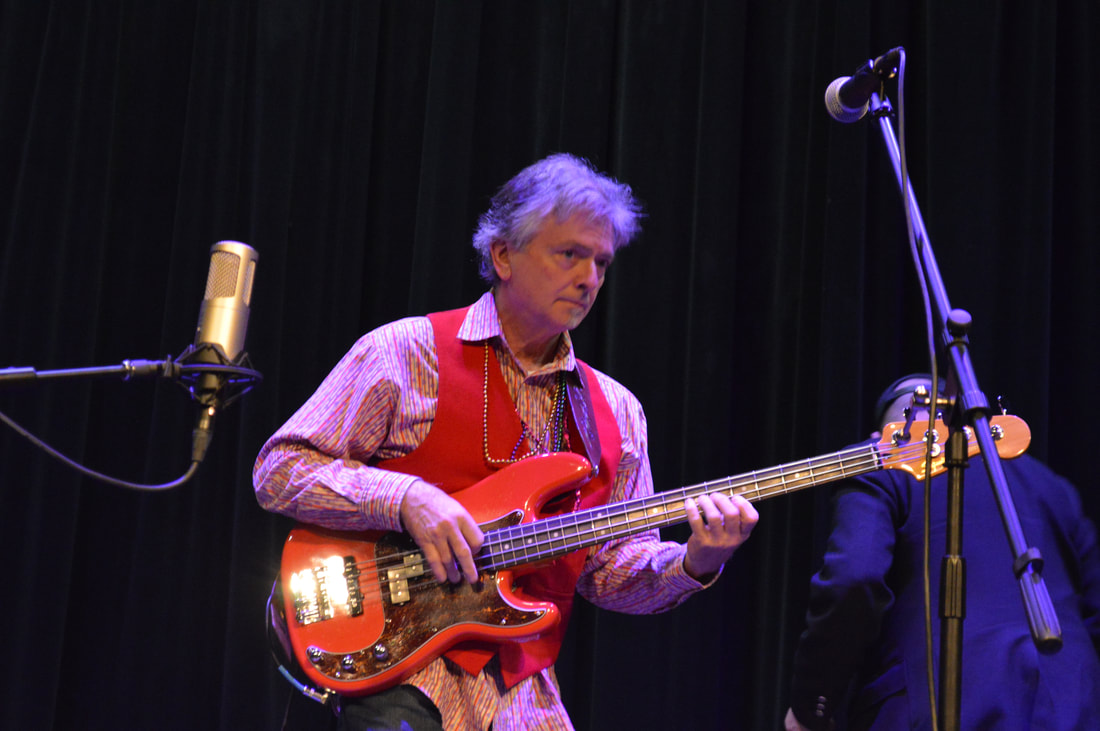 Steven A. Bigelow played his first gig at the local Community Center in Groton Connecticut in 1968 at the age of 13. Steve played High School dances, Community Center dances, and whenever he played the night clubs on the Navy Base he would take along his mother as a chaperon due to his young age. At the age of 18, fresh out of High School, Steve was hired by Sleepy LaBeef, Rockabilly Legend and Sun Records Recording Artist to play in Florida for a couple of weeks where he cut his teeth on Country and Rockabilly music.

In 1979 at the age of 23 Steve moved from his hometown of Groton to Rhode Island to join a cover band called Touch. The band was one of many on a busy roster booked by the Richard Carr Booking Agency. The band traveled the tri-state area of Rhode Island, Massachusettes, and Connecticut working an average of five to six nights a week. Steve continued to play in the cover circuit over the next several years with Touch and other bands.

In 1987 Steve met up with his old friend Sleepy LaBeef at a club in Providence. Deciding it was time for a change, he left the cover curcuit and went on the road with Sleepy traveling the US and Canada. During a lull in Sleepy's schedule, Steve left for Boston to audition for Foghat. Drummer Roger Earl really liked Steve's playing and vocal ability over a hundred or more bass players auditioning for the gig, but management gave the bass chair to then guitar player Eric Burgeson's brother Brett Cartright, and placing Steve on second call. Which they did call one year later, but Steve had already signed a record contract with Atlantic Records by then.

In the spring of 1988 Steve met and joined a band called Young Neal and The Vipers, a rockin' blues/roots band from Rhode Island. The band played the New England states but also played The Lone Star Cafe and the Lone Star Roadhouse in NYC. This eventually led to playing for Ahmet Ertegun, (founder of Atlantic Records) one night at the club. Ahmet loved what he heard. Steve and the band signed a record contract with Atlantic Records shortly thereafter in 1989.

Steve left Young Neal and The Vipers in 1990 to pursue other musical opportunities including a tour with Pinetop Perkins, and to raise a family. Currently he is back playing with Neal & The Vipers as well as Superchief Trio, a Providence based swing/jump blues band, and The Barley Hoppers, a rockabilly / honky tonk trio. Steve also does numerous pick up gigs with other bands and Artists from New England and Europe playing Blues, Classic Rock, Country, Top 40, Folk, Kids Shows, and Worship Music which has earned him the nickname, "Sirgigsalot".
Steve was inducted in the Rhode Island Music Hall Of Fame in 2019 with Neal & The Vipers.